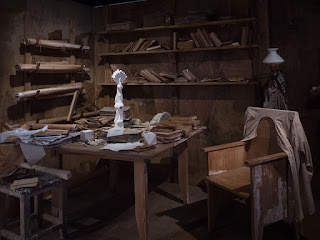 my new phone offers an app for live journal so i might get back into it!

The month is already nearing the end. Well I should be starting off July pretty good or at least somewhat on the right track. Myself & my boyfriend live with me lil sister, Gladys. We are all managing to not argue at least not with eachother. I think i have made some good positive decisions recently. I at least have a plan for the whole physical, mental, emotional, spiritual health/growth thing. I think finding a purpose in what happened to me & my children will be the key to my survival.
Aminah's birthday was June 16th (she turned 4) & Kourtney's birthday was June 11th. Five days earlier. Kourtney turned 5 years old. Kunta's birthday is quickly approaching this July 5th. My son is turning 6 years old. As far as i know none of the children spent any time together. Also this makes it officially 3 years since we were a family altogether. They never call me back. The Division, and when they do it's never a pleasant time. I wish i had at the very least a po box to send a card, letter, money, or picture or gift.
I think i did ok.

which is a t-shirt. well kids did not surprise me this morning by waking before me to fully destroy what i had completed yesterday. what little did get done. i can't take anymore. maybe i'm just a bad mother, not cut out for this job or at least for a mother of 3 so little but it's too late for all that now, he is gone. i got to keep it together. before they all find me out. i can do this.
would love to spend my time with the children by going to the park or something but instead it's spent cleaning. mostly becos of kunta. the other 2 follow suit...it's really hard. i need help. i just want someone to take care of us. is that bad?
i just took my wedding rings off. i dunno why.
it's been so long since i said, "i love you."

i am making today official clean up day. The kids are gonna help me. That's they're punishment. I found out i have them for Halloween. Can't wait. I meet with a job coach on Tuesday. Hopefully that will lead to something.
Went out last Monday. I had a really nice time. No program today! Woo-hoo!

my house is so fucking dirty. kunta went on a rampage as soon as he got in the door. Gladys & Greg both are supposed to come over by 10 am to keep the kids occupied so i can clean it up but i feel like it will never get done. i'm so frustrated.
There is a parade in woodbury tonight for Halloween. I'm gonna try to go w/ the kids.